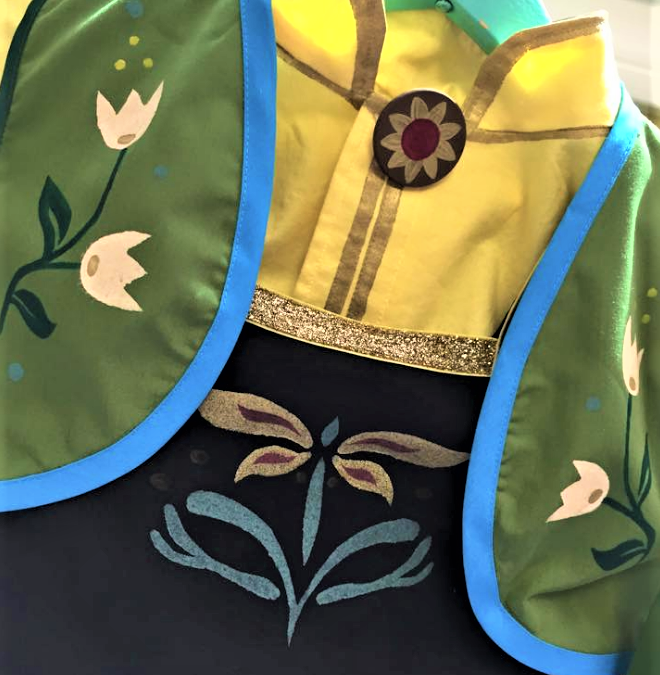 Before the very first frozen came out, I was working on designing Anna’s outfit, from the few internet pics and clips Disney released. I’d pause it, zoom into pictures, try to find every angle of their costumes….every revealed detail, and put it into my design. After all, a critical trait of a great costume is the quality of the design and look alike characteristics of the characters. 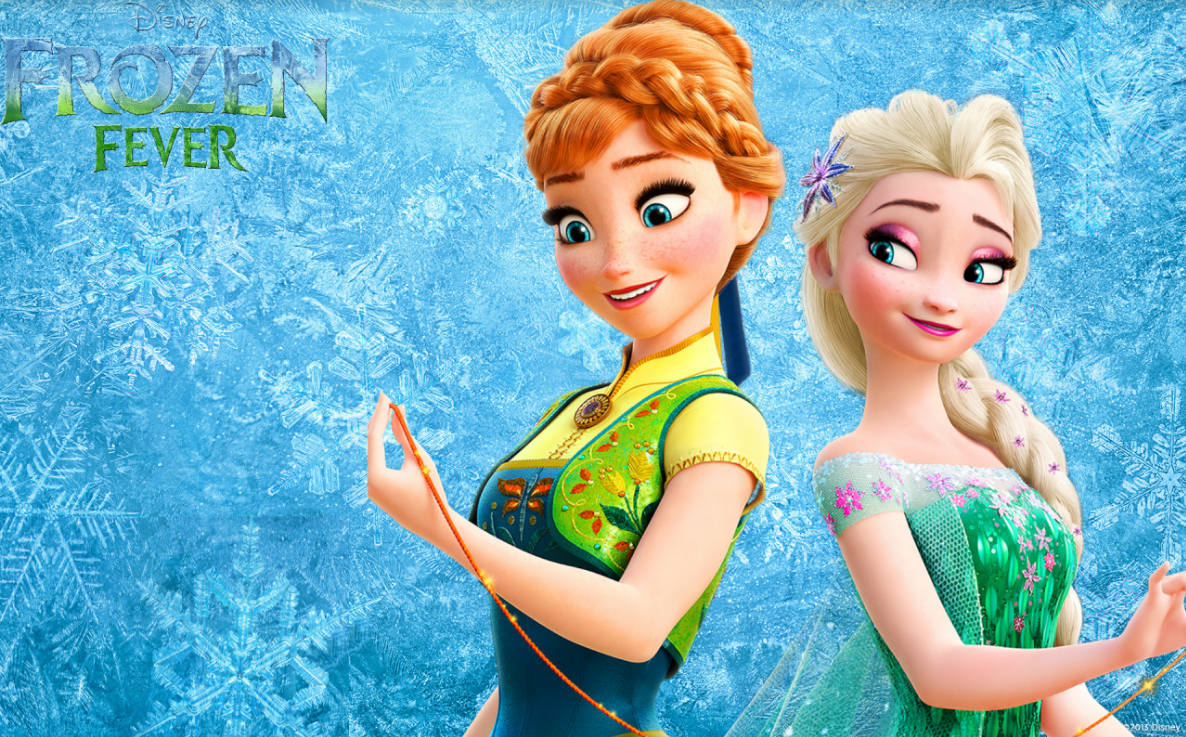 A few years after the Frozen scene was still on fire, and young little girls were looking for more, Disney released a short sequel to Frozen, called Frozen Fever. A cute short story of a surprise birthday party, and Elsa sneezing out baby snowmen. I was intrigued by the different costumes they gave them, even more elaborate than the first. 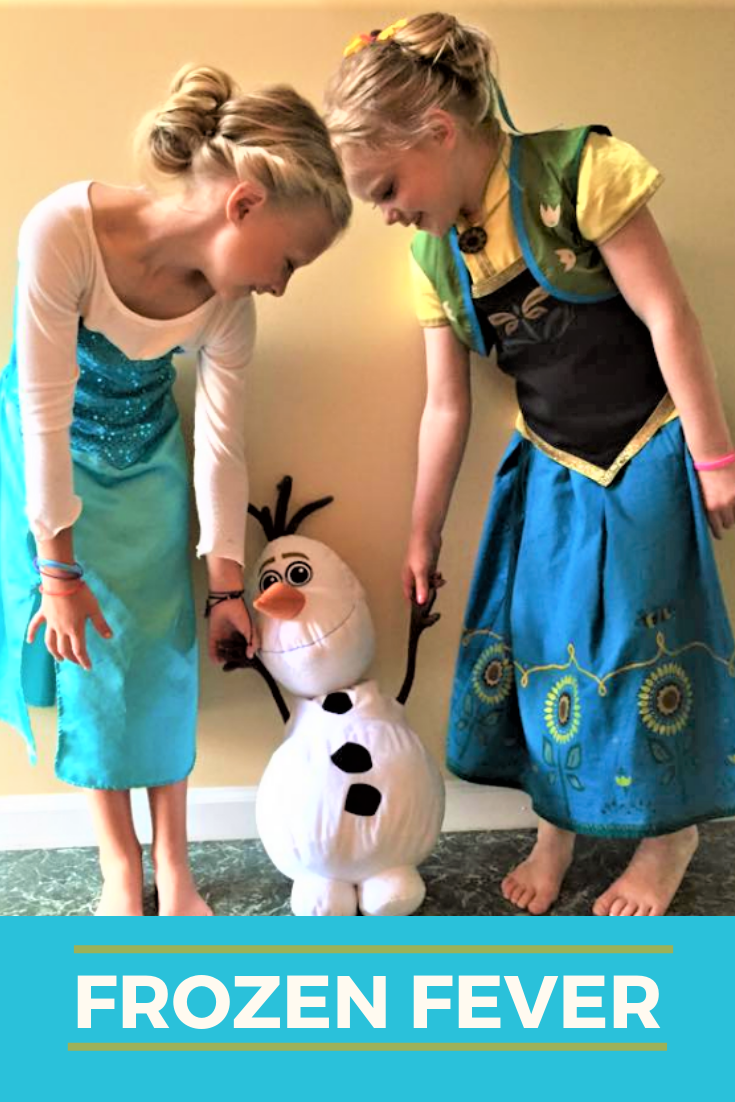 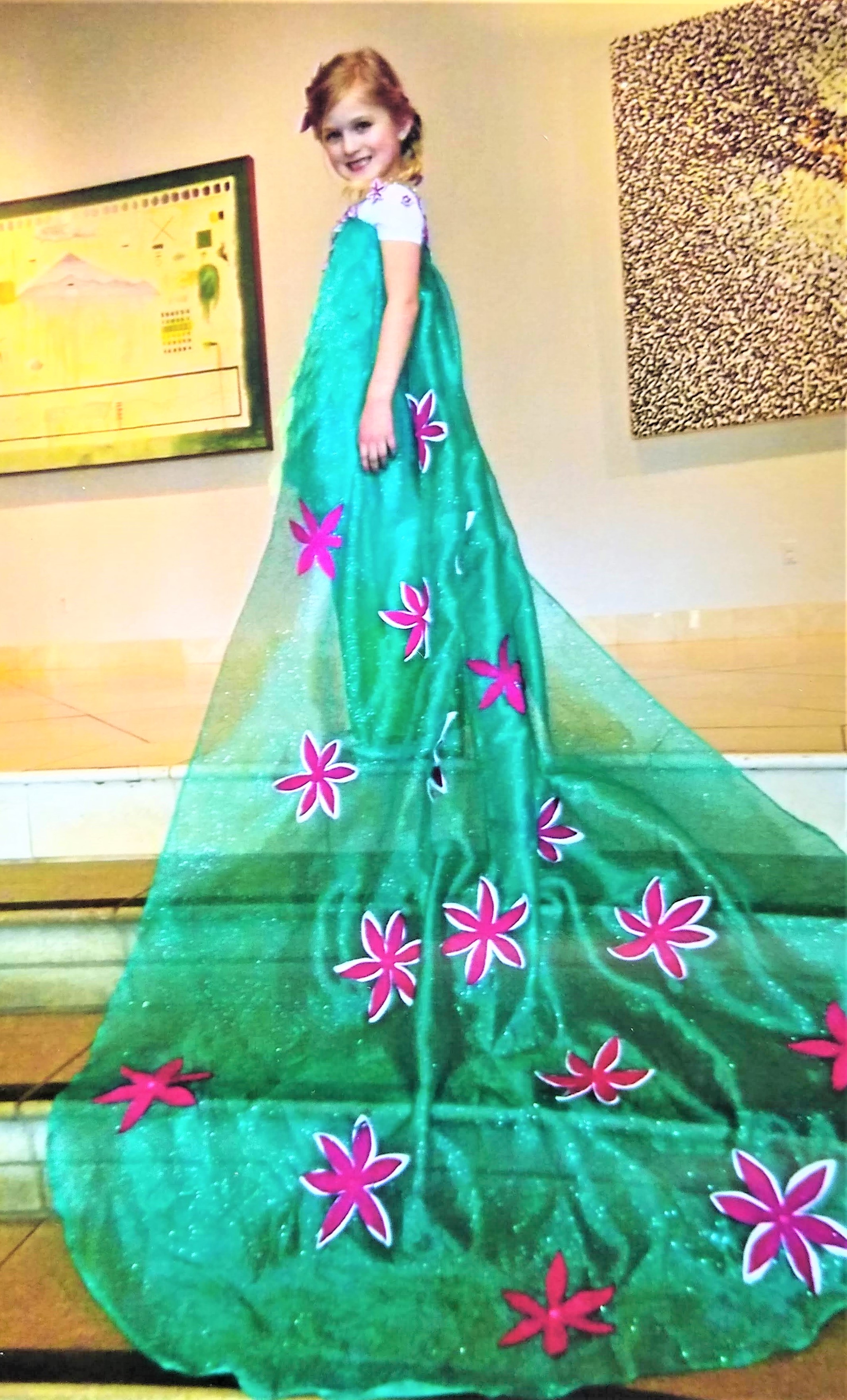 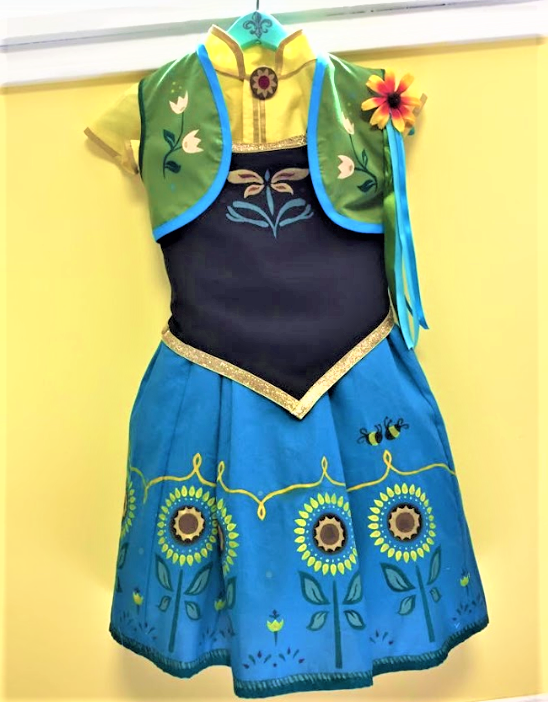 I recreated the majority of Anna’s new look, using the same Anna complete pattern I had made, except shortening the sleeve, converting the vest to a square neckline instead of princess cut, and adding a green vest, trimmed in turquoise bias tape. 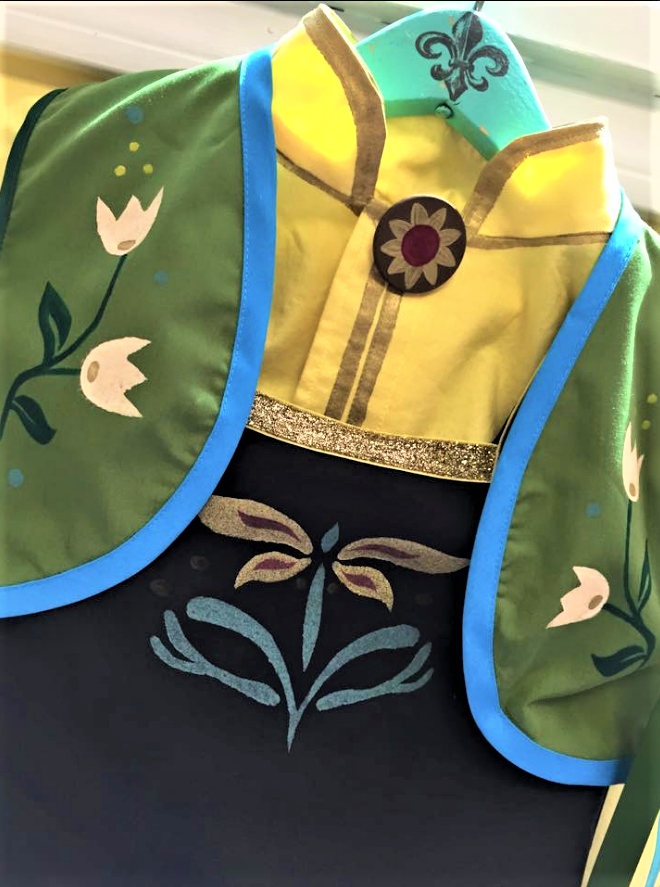 Elsa’s look also involved using my original Elsa Ice design, but shortening the sleeves, and appliquéing by hand over 100 shiffon leaves to the outer bodice. 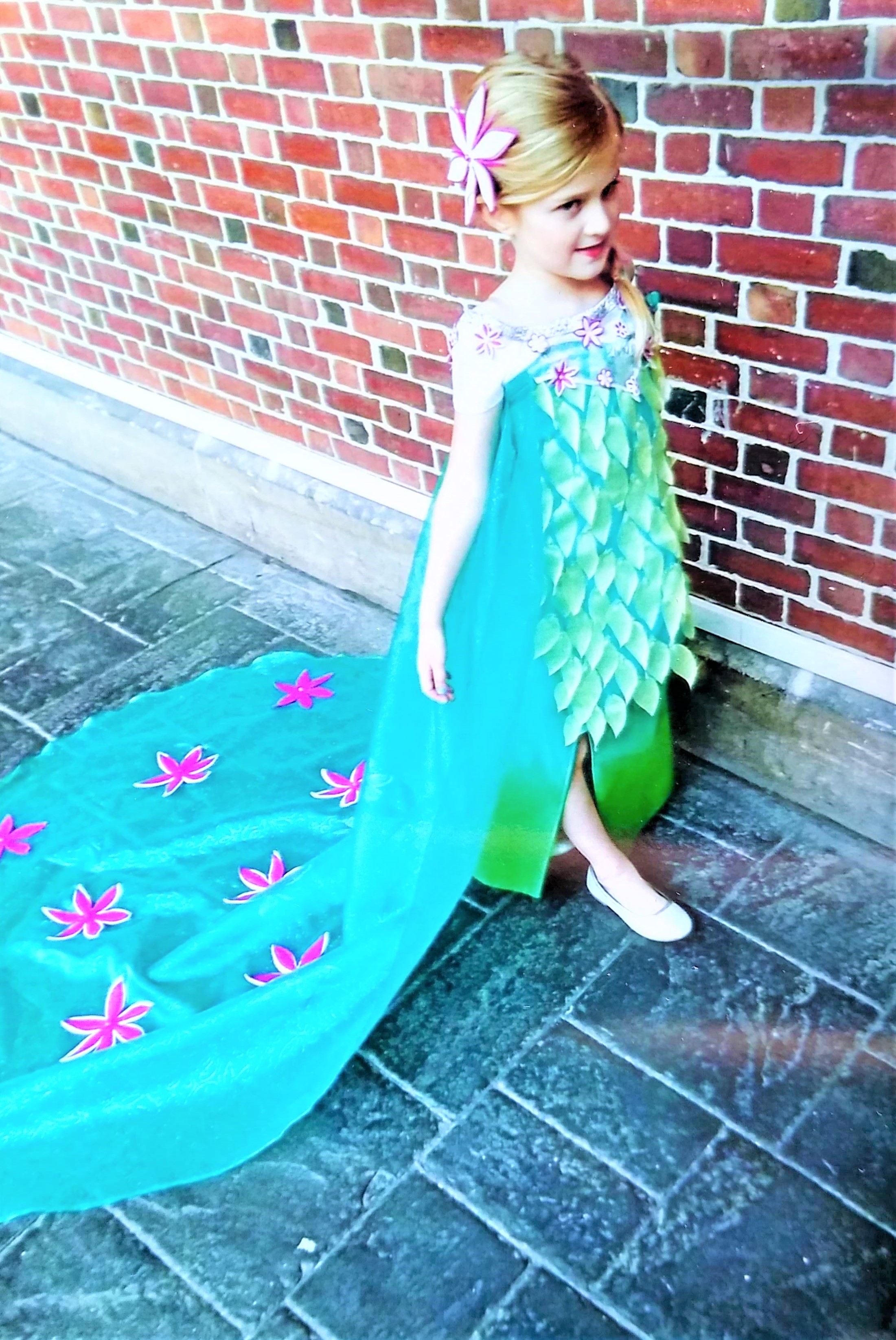 Both looks turned out to my satisfaction, and were spot on with the movie. A bit lengthy to stencil, but a pleasure to use a cutting device for Anna’s vest and skirt details. Now who is anxiously awaiting for Frozen 2 to come out in November?! That’s right! You and me! And they spared no design detail on Elsa’s new ballerina cloak! I’m excited to make it! 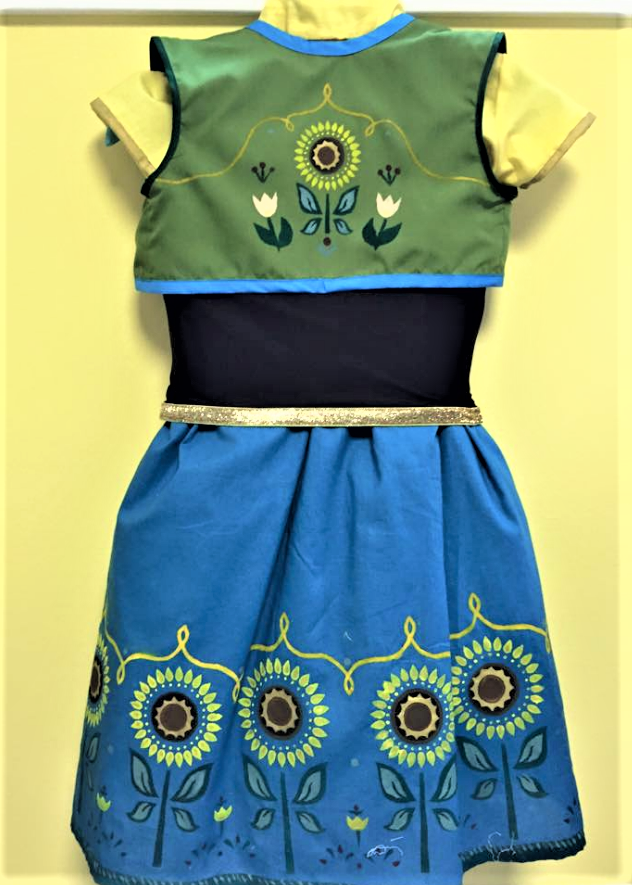 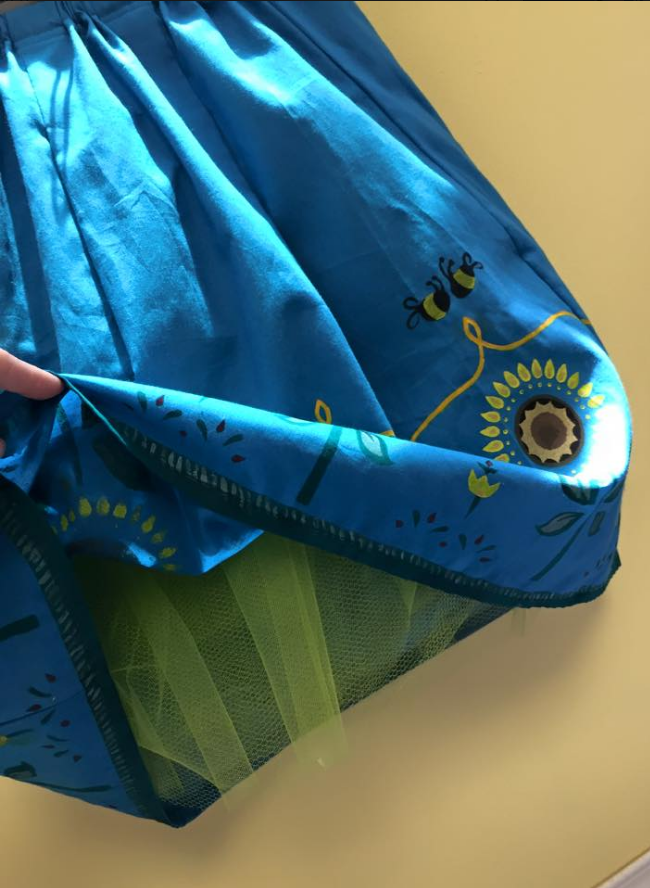 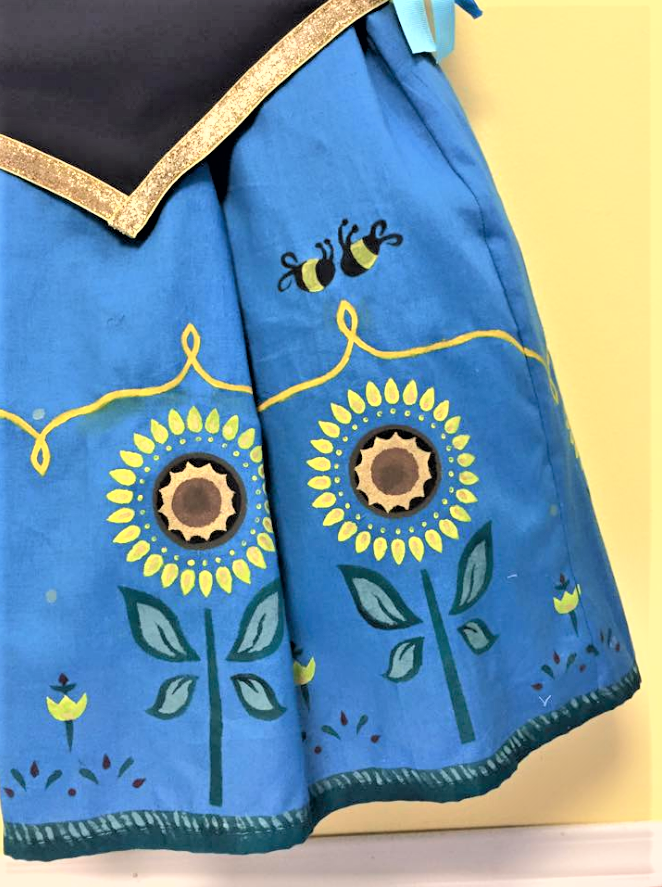 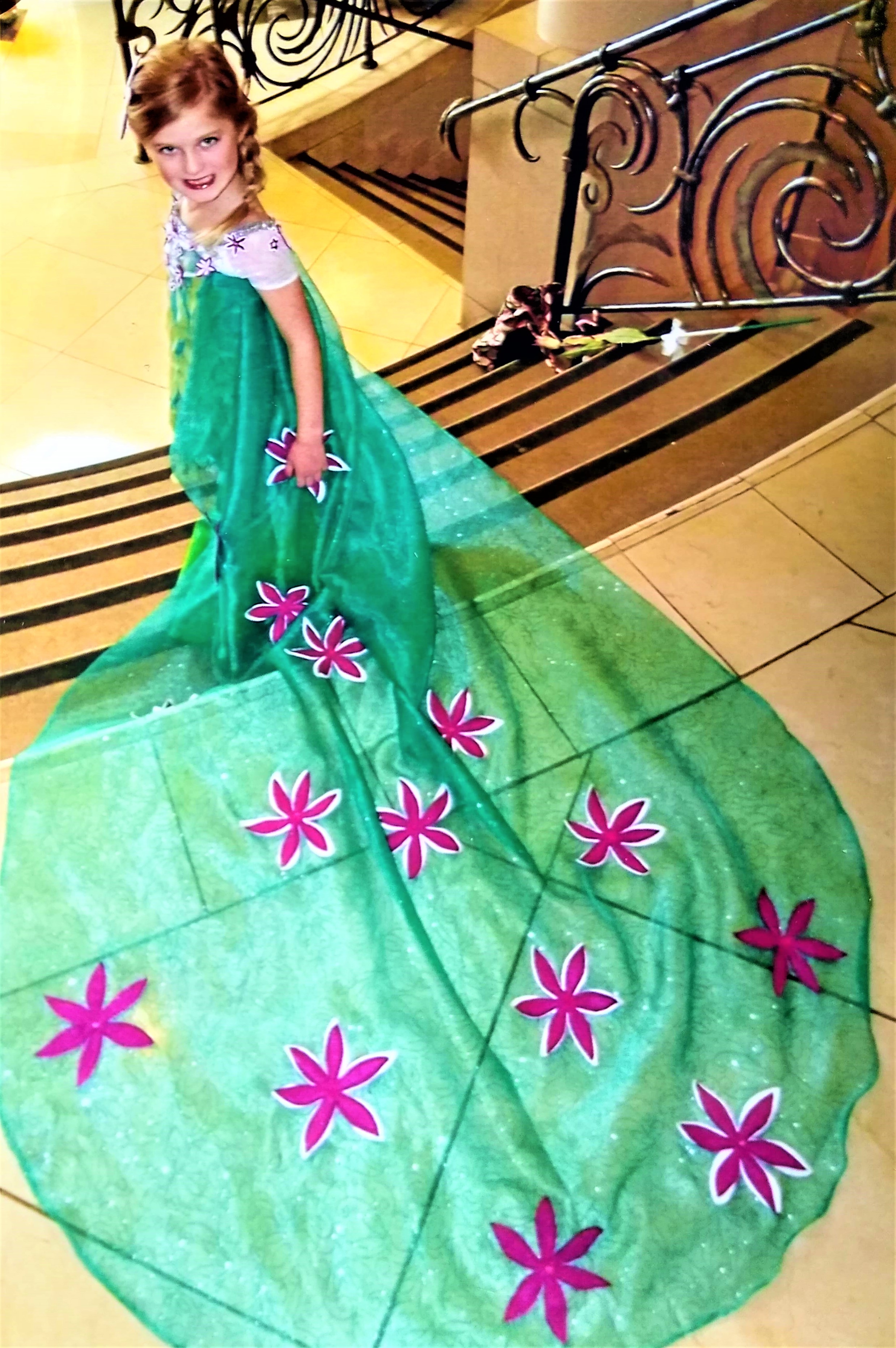 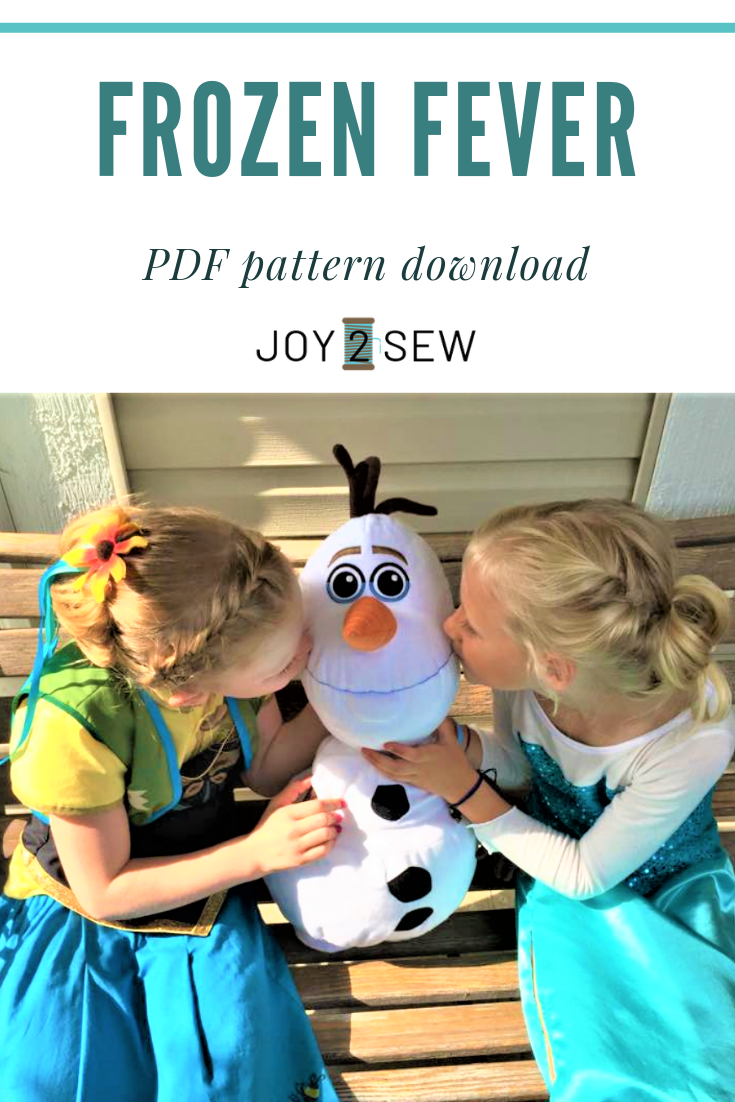